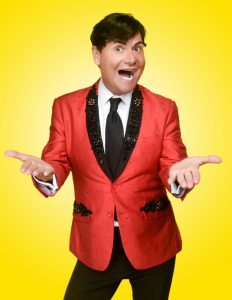 As a headshot photographer in Dallas, I get a wide array of clients. Everyone from Real Housewives to commercial shoots to recent law graduates have come by for executive portraits and large scale headshot sessions just this year. So when I got a call from my dear friend Steve Kemble to photograph him for his new Dallas headshots and promotional materials for his new PR headshots, I jumped at the opportunity. This week, I had a very sassy shoot with Steve Kemble!

Steve’s known as “America’s Sassiest Lifestyle Guru” and, in my personal opinion, is the busiest man in Dallas. Steve’s been the magic behind countless corporate events, weddings and other sassy ventures for more than two decades, throwing parties for everyone from President Obama to the Dallas Cowboys. The event industry’s king of self-promotion, known as “America’s Sassiest Lifestyle Guru,” is the industry’s most visible, vocal and unique personality!

Steve has been dishing out fashion disses at celebrities for more than five years as a Top Cop for US Weekly Magazine’s Fashion Police, on the red carpet at the Golden Globe Awards, American Music Awards and Independent Spirit Awards. His “Dose of Sass” segment can be heard daily on CBS radio, and he has gone toe-to-toe with some of TV’s other big personalities from Melissa Rivers to Donny Deutsch.

Our recent headshot session in Dallas was fantastic! Steve has one of the most vibrant personalities I’ve ever encountered. He’s extremely approachable and very down to Earth, despite his larger than life delivery. We had so much fun! He’s open to the creative process and understands the cardinal rule in headshots: if it feels uncomfortable, it will probably photograph beautifully!